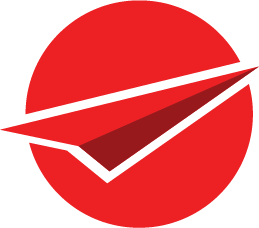 Prev Blog Back to blog listing Next Blog

In October 2019 a major slip on State Highway 4 around Matahiwi (Te Ore Ore) destroyed a large section of the road, forcing its closure. Vanguard Group were called upon to consult with Higgins Palmerston North on managing traffic along the highway section that was disrupted. Higgins is a New Zealand-based civil construction business that specialises in major infrastructure and road maintenance. 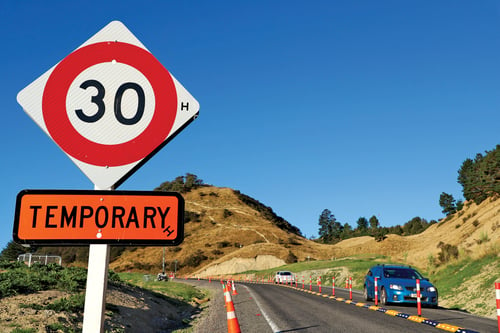 Traffic Separator System installed in the centreline of State Highway 4.

In October 2019 a major slip on State Highway 4 south of Raetihi destroyed a large section of the road, forcing its closure. According to Waka Kotahi (New Zealand Transport Agency), “the slip caused major disruption to iwi, the community, businesses, and tourists who frequent the road. Around 2,000 vehicles on average use the road daily”. The closure meant anyone travelling between Ohakune or Raetihi and Whanganui had to take a detour via Fields Track that adds at least an hour onto their trip. Once engineers had confirmed the area had stabilised, a temporary road reconnecting State Highway 4 Raetihi to Whanganui was opened in December 2019.

Higgins Palmerston North were looking for a solution to help temporarily manage the traffic through this area for an extended period of time. This included a focus on speed reduction near the slip and separating traffic lanes. It was understood that regular maintenance on this remote site would be required due to the heavy traffic volume.

Higgins' Project manager consulted with Vanguard Group to provide a solution for managing traffic through their worksite. Our solution involved the supply of our Traffic Separator Systems for the project, to assist with the management of vehicles in the area. Also dubbed as 'the traffic snake', the rubber separators work together as a robust interlocking system and are primarily used for vehicle/lane segregation, ensuring clear lane separation and preventing vehicles from crossing the centre line. The reflective flexible posts have a quick release system allowing easy removal and installation. The system can also be fixed for permanent or semi-permanent use, or laid loose for temporary situations.

On this project, our Traffic Separator System was placed down the centerline of a 400m stretch of State Highway 4 and acted as a lane separation measure. Vanguard Group’s Traffic Separators were used instead of standard cones along the centerline as they can be pinned to the road, and therefore require much less maintenance. This improved functionality makes the temporary traffic management setup easier to maintain over an extended period of time. 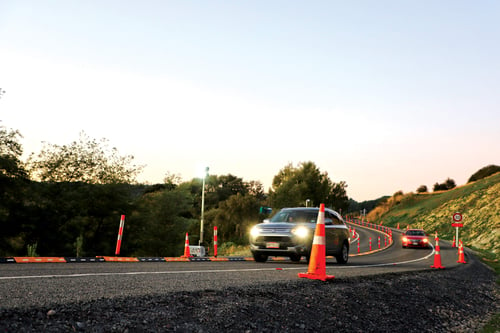 With the use of bright colours and reflectors, the Traffic Separator System is highly visible in low-lighting.

Malcolm Chiles, the Emergency Works Recovery Manager, who was the main point of contact for this project, confirmed that the Traffic Separator Systems were “very good compared to the traffic cones”.

The traffic separator systems succeeded in reducing speed and managing traffic through this hazardous area and resulted in less maintenance than the standard road cone solution. They remained in place for over 12 months and Chiles noted, “we have undertaken maintenance on the base units and replaced missing posts approximately 6-8 times over this period [but] if we had used cones, maintenance would have been required probably every day!”

Thanks to the proactive approach from Higgins and the safety solutions provided by Vanguard Group, this hazardous area of road was able to be used by vehicles over an extended period of time and the lengthy detour avoided. The Traffic Separator Systems proved to be a robust, practical alternative to cones and one the client would want to use in the future. While currently pending official Waka Kotahi (New Zealand Transport Agency) approval, Chiles confirmed that if approved, he would “absolutely” use the Traffic Separator System again in the future on “long-term sites, say greater than say 1 to 2 months”.

To discuss your traffic management and safety needs, please get in touch with our team today by completing the form below.

Prev Blog Back to blog listing Next Blog 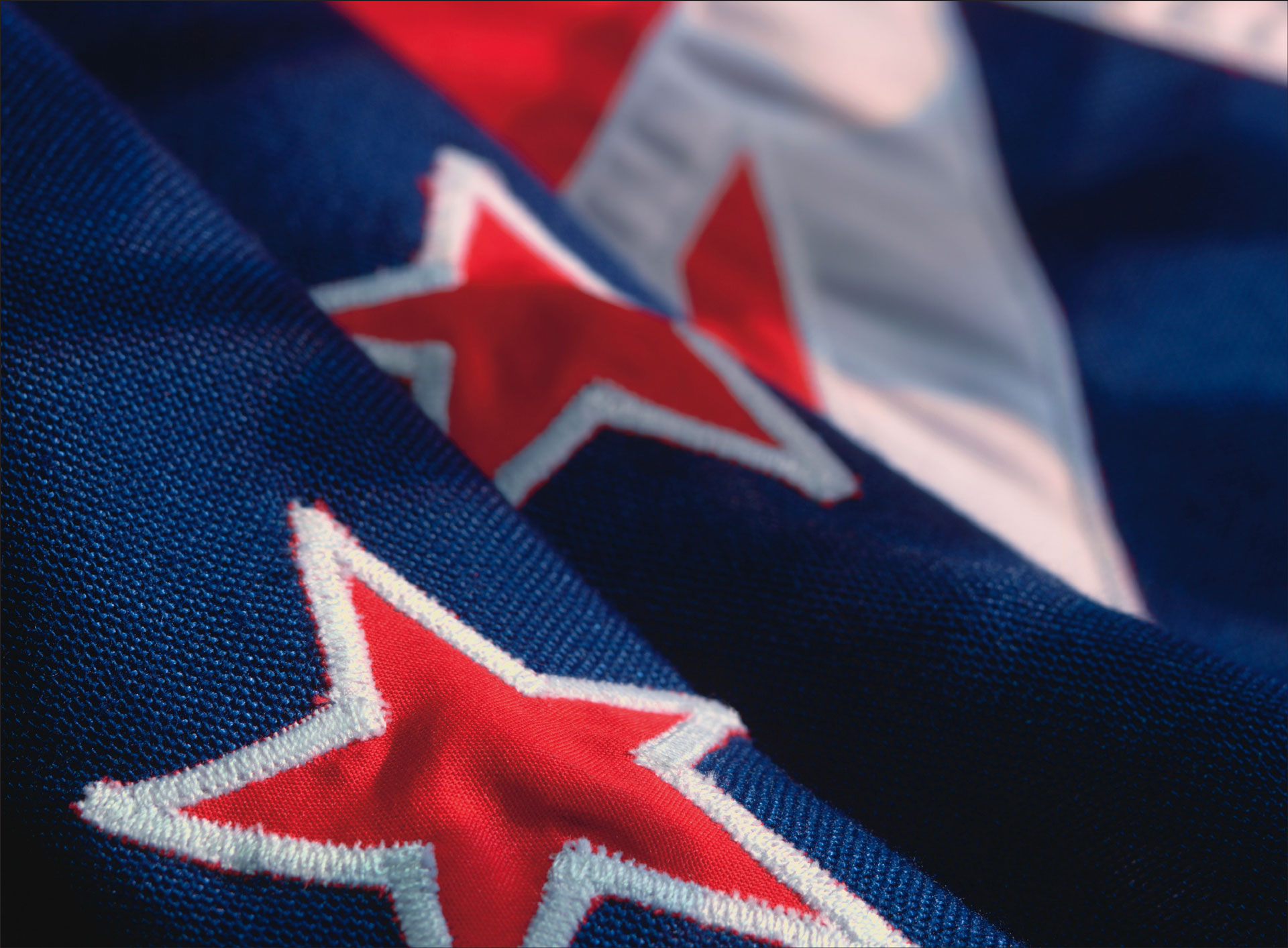 downloads | videos Resources
We are nationwide

Vanguard has a network that spans the country; island to island and coast to coast. If you need advice, or a sales person in your area. 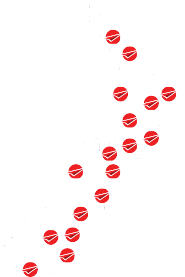